Don’t throw out the baby! 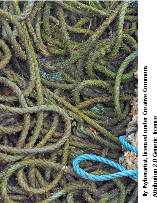 Reading reports on the meeting on complexity in organisations that took place in Vienna last week, I started reflecting on my own experiences of complexity. As a lapsed physicist, I know that it is a fundamental law of nature that disorder (which is often much the same as complexity) tends to increase with time. The only way to reverse this trend is to do work – and even then the reduction in disorder is only local. I can’t think of any experiences that suggest that this is not just as true for organisations as for nature in general!

Most managers focus mainly on what their own areas need. They seek to improve their areas by doing work (designing and introducing changes of many kinds), and often succeed – but frequently the local success may be at the expense of making the joining up with neighbouring areas worse: overall, complexity may have increased as a result of their work, just as the laws of thermodynamics say it should!

Avoiding that problem is not easy, and only partial solutions are possible – managers have to be trusted to manage. It can help, however, to provide a top-down framework designed to fix key principles organisation-wide, and then to allow managers the freedom to develop local solutions to problems within that framework. A self-consistent set of

goes a long way to keeping things joined-up, by focusing on those aspects that really matter, but not worrying about controlling the rest. Probably all effective organisations do this at some level, even though the frameworks will not all be equally good.

A jar of air contains zillions of molecules, all moving at high speeds, and it is impossible know the complex movements of even one molecule, let alone all of them. But that does not stop us being able to measure the key parameters of pressure, temperature and volume, which are the net result of all those movements. So long as we can define the things we really need to measure, the complexity of the rest does not matter. The challenge is to get that right – and not to throw the baby out with the bath-water in an attempt to over-simplify.