No such thing as a free ride? 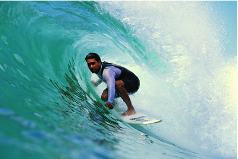 I was prompted to think about change and freeriding by Seth Godin’s blog post:

Seth talks in his blog about how ‘freeriding’, although usually considered reprehensible, can in some circumstances be a good thing.  In many cases – for example, not paying taxes, not vaccinating children – freeriders who get the benefits of everyone else’s compliance without paying the price themselves are rightly criticised.  However, in other cases, such as using Google, Wikipedia or TripAdvisor, those who pay for their benefits (perhaps through advertising), and so make providing the service worthwhile for the provider, actually benefit more (or even entirely) because of the many ‘freeriders’ who get a smaller benefit but pay nothing. Typically in these cases spread of information and access to new ideas is involved. Why do they work? In part because the information is seen as being unbiased (although of course that appearance can be abused).

Now think about change management. What is change management about? Getting people to willingly accept and even embrace new ideas and ways of doing things as quickly and easily as possible. When management tries to sell a change, there is a natural suspicion that the message is not all it seems, even when, if taken at face value, it appears to be beneficial. It’s like a restaurant review purporting to be independent when it is obviously a paid-for entry. On the other hand, when peers pass on the same idea, an objective judgement seems much more likely. Similar processes to ‘freeriding’ seem to be involved.

So how does ‘good freeriding’ work?  There are three groups of people involved: those who benefit enough to pay, those whose benefits are free – and the facilitator who connects them. That suggests that it may help if the facilitator (change agent) is seen as having some independence, and not simply being one of the managers. Secondly, giving the ‘freeriders’ – those whose environment is being changed – the opportunity to be engaged meaningfully, if they want to be, is likely to help. By analogy, the lesson for those seeking the benefits of change (normally the managers) is that listening well to the people the change affects may well increase the value of the change achieved.

If you would like to talk about how to deliver a strategic change effectively, please contact us.

2 comments to “No such thing as a free ride?”

You can leave a reply or Trackback this post.